Our debut cat is a mature gentleman named Alun!

Alun is a super sweet, laid back kind of guy. He is calm and easy going, and being a little bit mature he is not all that interested in toys. This guy loves his canned food, and has really enjoyed going to bed with a full belly every night. Alun has melted the hearts of everyone hes met, will he melt yours too? 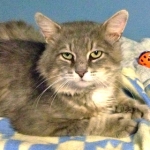 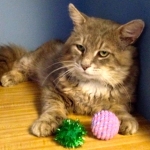 Oh we almost forgot to mention, Alun is polydactyl! You just have to love those big pawed kitties!!

Some Quick Info About Alun

For more information or to adopt Alun check out the Ottawa Stray Cat Rescue website!