This past weekend I attended Montreal Comic Con to speak at a couple of panels. It was a fun but tiring weekend, and the Zoo sure is happy I’m back home.

While there I did my panel from Ottawa Comic Con called Inside the Tickle Trunk: Mr Dressup. I had a small but enthusiastic crowd. Being an English show many francophone people didn’t know who Mr Dressup was so I wasn’t expecting the crowd to be as big as Ottawa. The crowd that was there loved it, and I made many people happy with my costume. Last minute I decided on making a Mr Dressup costume, and I ended up being very happy with it. Especially the puppets! 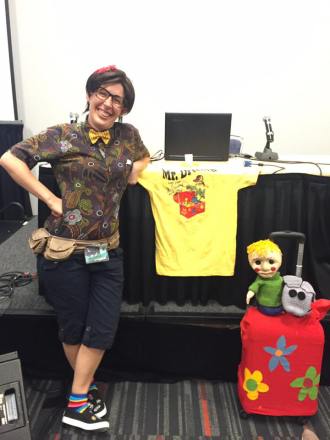 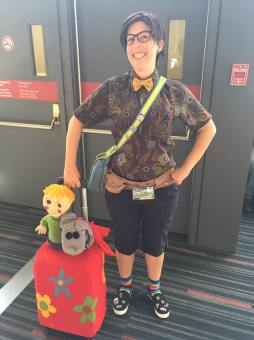 Now that Con season for Canada’s 150th is done this panel will most likely be retired, but the costume sure won’t!